It seems that almost every one of us has been a victim of computer virus. From a very minor annoyance to a big pain in the back re-installing the whole operating system. Dan how often? Veryyyy often.. No matter if we have installed antivirus program with regular updates, there is always a possibility that we might get infected with a computer virus. So, why wait? Use Linux. There’s more to it….

From the 8-months survey conducted at my office, there are an average of 5 computers sent to the head office to be cleaned from virus. And 80% of them, they must be re-installed because the OS have been so damaged. This amount is added with the fact that on average 2 branch offices must be visited by an IT personel for troubleshooting, in which 50% of the cases are virus related.

Of course some will say that it is a normal IT job. It is, but if we analyze further:

Well, all those facts really disturbing. Luckily, all of our customer services at our branches have been using Linux for almost a year, and so far so good.

The following are some points why it’s better to use Linux:
1. Virus-free. Well, actually there were some viruses in Linux, but the number and infection area were so small that it almost became a myth. And to Windows viruses, Linux are completely safe. We have a testimony from one of customer service, that one day a flashdisk at the branch got infected by a virus. Being so paranoid of viruses, nobody dare to open the flashdisk, whereas there was an important file in it that must be open. So. the customer service plugged it into his Linux computer and copy the needed data without harm. In fact. he then deleted the infected files from the flashdisk 🙂

2. Increased Productivity. It is true that in the beginning users would find it difficult to use Linux. But as time goes by, they would get familiar with it, and they will love it. Especially to know that they’re safe from virus. No need to worry again. 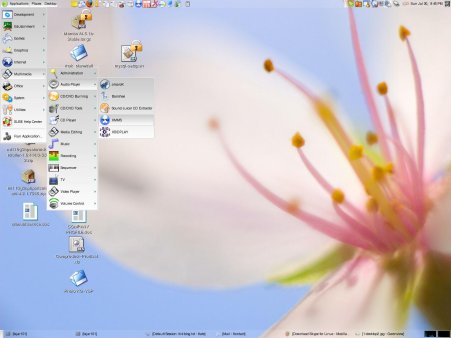 3. With each release, Linux distro has become more friendly to common users, with the same security in place. Adding printers, USB stuffs are getting easier.

4. Increased Knowledge. No need to waste time with virus dealing anymore. We can now consentrate ourselves with our job, learning new things. This applies to IT personnel and common users. With Linux, we learn many new things everyday.

5. Price. Well, no doubt that everyone already knows about it. The point is: why spend thousands or even millions of dollars paying for such a ridiculous high price of Windows, when there is a much more better alternative that is Linux? One of the reason why people are still hesitate using Linux in developing country is that the piracy is still happening. I say this as a "controlled piracy", where the piracy is being let go for a certain rate each year. If the piracy is being harshly dealt-with, I’m sure that many people will migrate to Linux. But, don’t get carried away by this false sense of security, those Windows vendors will come to you periodically to collect the incredibly high license cost. Some group of big companies in Indonesia have been migrating to Linux for the last year, eventhough they’re doing it in a very low profile way.

Conclusion
So, if you are tired of wasting your time, energy, and money with Windows, start using Linux.
Knowledge Belongs to Everyone

v.1.0 by ari_stress a.k.a tiger74 a.k.a Fajar Priyanto Bukit Sentul, 7 August 2006. Email: fajarpri at arinet dot org. He is a Microsoft Certified Professional who falls in love with Linux. Working at an automotive dealer in Jakarta. 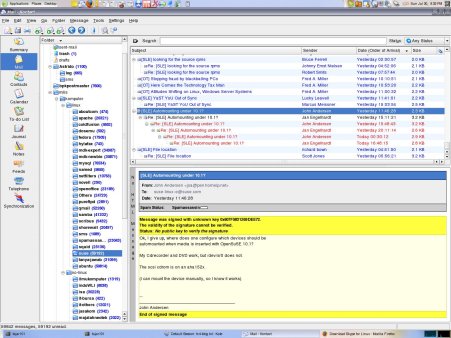 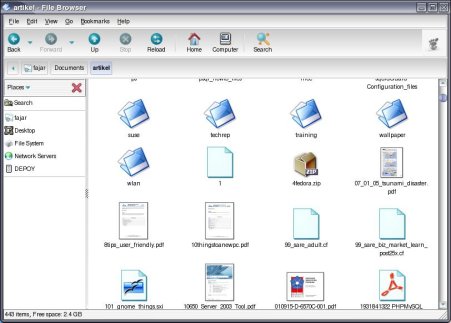